Managing ice on your property after a snow storm 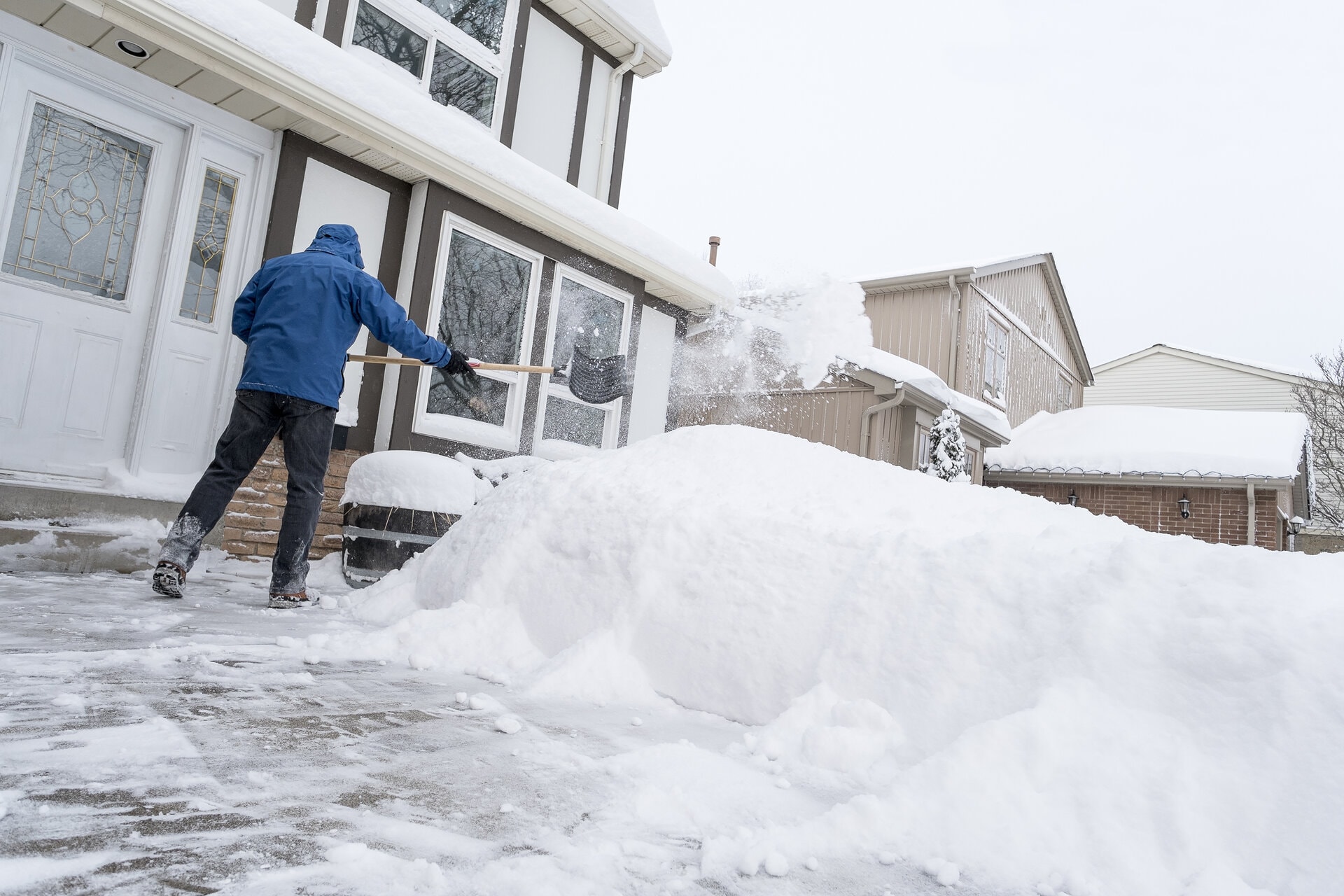 A fresh, Canadian Snowfall may be a beautiful sight, but there is a significant risk of the fresh snowfall turning into a serious snowstorm for property owners. Following a snowstorm, it’s essential that walkways, roofs, driveways, and areas near the foundation of the house are cleared and made safe for residents and the property. The layer of ice buried beneath the snow around the perimeter of your house may not seem like a danger, but it can actually cause more harm than you think. So, along with removing and managing the ice, it’s important to remove the snow on top of it as well safely. Here are a few tips on how to remove and manage the snow and ice left behind on your property from a snowstorm.

Each year, there are thousands of injuries related to shovelling snow, so the most important thing to keep in mind is safety. Following a snowstorm, the snow can be several inches, even feet deep, so you must use the proper equipment and take a break when needed. If the snow is deep, do not attempt to remove the entire depth of it all at once. Remove it in small sections at a time, and remember to lift with your legs, not your back. 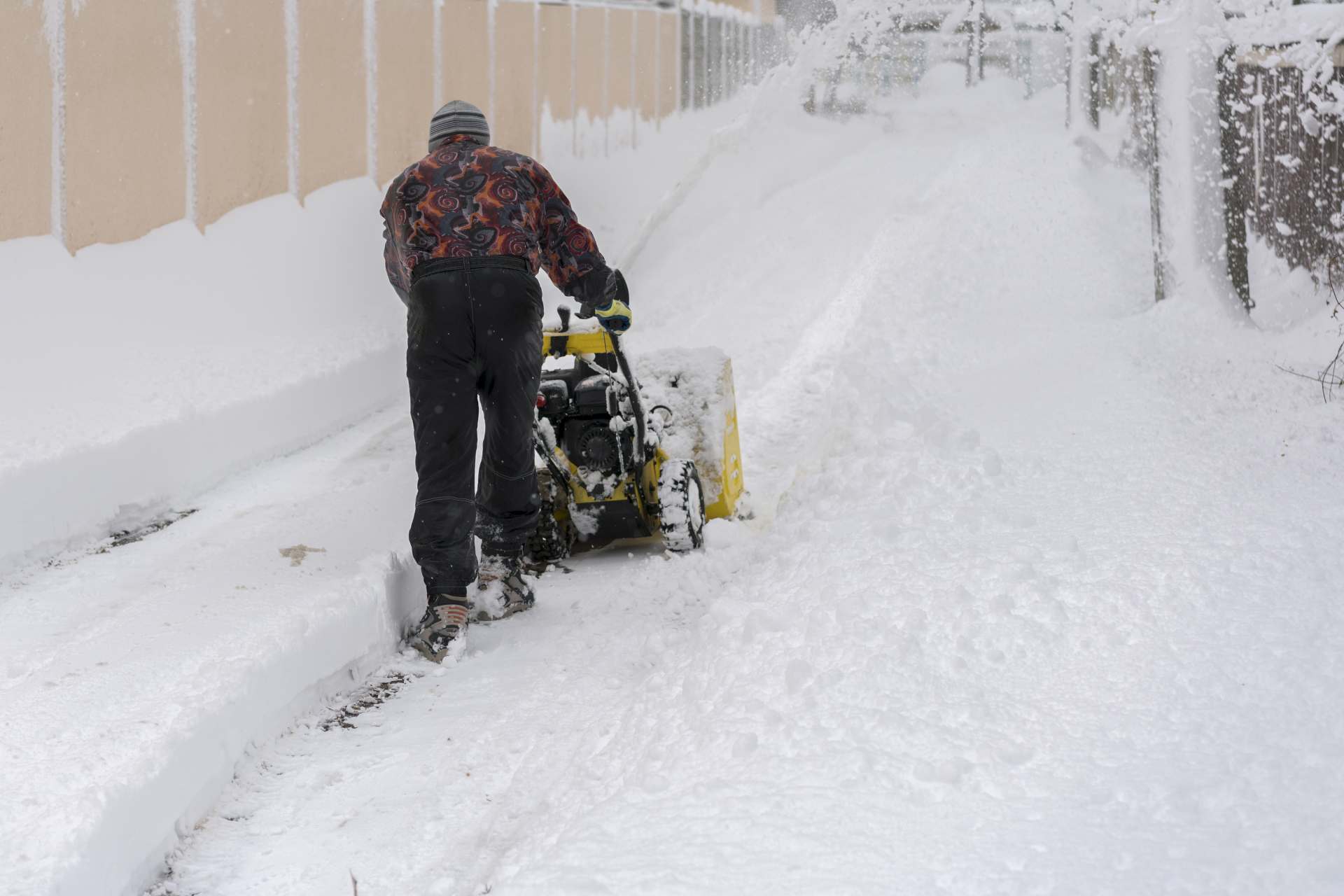 The areas of your home that have the greatest risk of damage following a snowstorm are the roof and the foundation; enough snow, the roof may cause it to collapse, and as the snow melts, it forms icicles on the gutters and soffits and creates layers of ice around the foundation. Climbing onto the roof with a snow shovel is dangerous and shouldn’t be done by anyone other than a professional. However, you can remove a large portion of the snow, especially on a flat roof with a large broom or roof shovel, which allows the snow to be pulled rather than pushed from the roof. Use a flat snow shovel or heavy broom to pull the snow away from the foundation, making sure you clear a path wide enough, at least 3 to 5 feet, so it drains away from the foundation and will allow you access to the ice.

Although you can remove snow with a shovel or a plow, removing ice requires a completely different approach. One of the most important areas to remove ice from is the top of the house. Ice is extremely heavy, so it can weigh down the gutters, pulling them from the roof, and as the ice melts, it causes extensive dampness, which can damage your roof’s integrity. There is also a risk of ice dams forming, which causes melting water to sit in the gutter until it rises high enough to seep under the shingles and into the structure.

If you notice many icicles hanging from the roof, it’s likely due to an ice dam. To remove the icicles, knock them down with a long broom, making sure you knock them off away from where you are standing. Use extra caution when removing icicles from the gutters because if the gutters are full of ice, they may pull away with the icicles. Do not attempt to remove any icicles near or from electrical lines and never attempt to climb on the roof following a snowstorm without someone else’s assistance and the proper safety gear.

After shovelling the walkways and driveway, you’ll more than likely find a layer of ice that needs to be removed. As tempting as it is to apply salt, it will simply melt the ice and freeze again overnight, which may cause the ice to be even more hazardous the next day. Having good traction is key, so if you choose to melt the ice, make sure to spread some sand, gravel, or kitty litter and provide grip, and you can apply a layer of salt over them to help prevent a layer of ice from reforming.

Removing ice from around the foundation 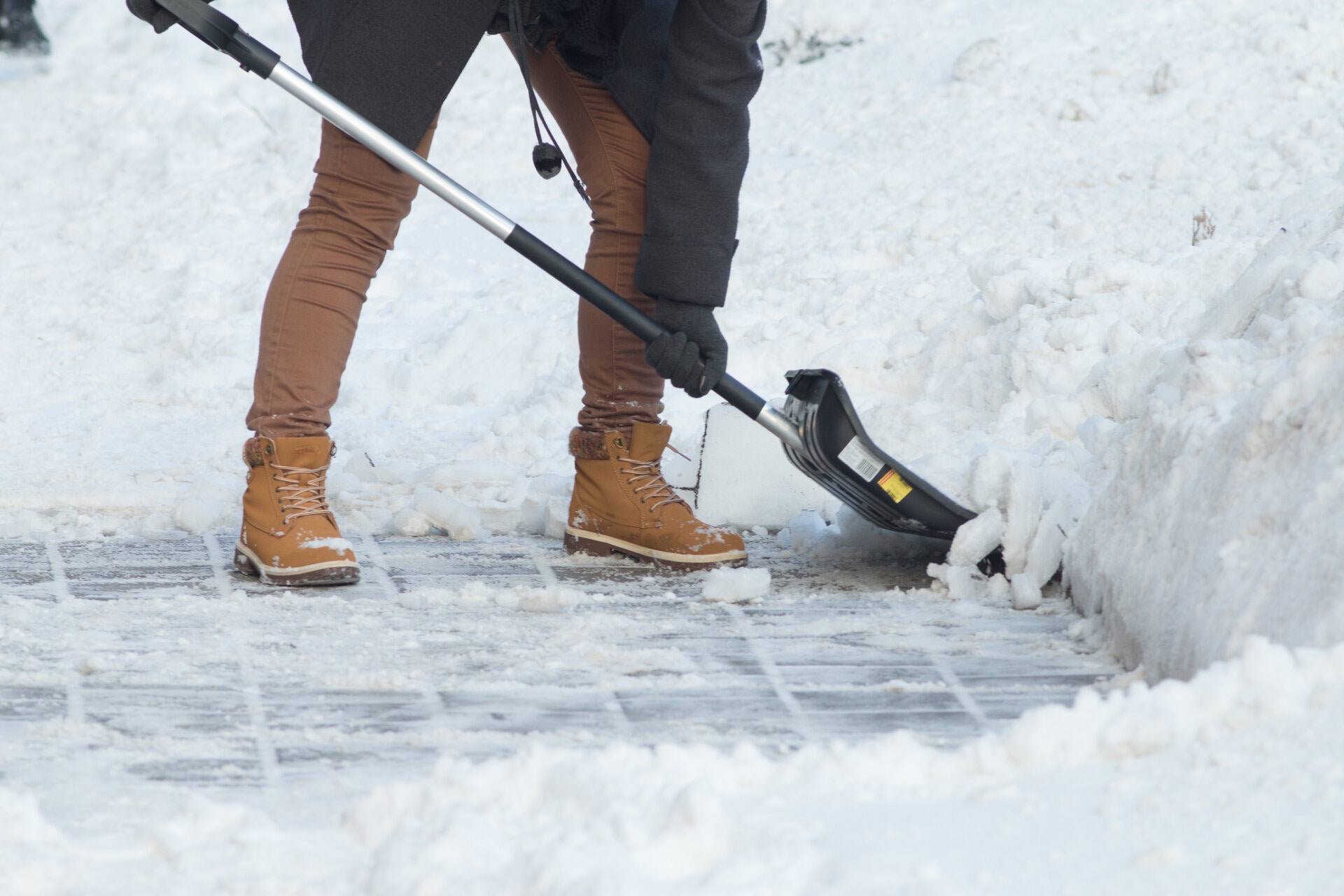 The best way to avoid the risk of snow and ice damage following a snowstorm is by preparing for it ahead of time. Put a layer of sand, gravel, or kitty litter on decks, porches, walkways, and driveways to provide grip. Always use the recommended amount of ice melt and make sure to protect your eyes and skin when applying ice melts. Although there are things you can do to prevent excessive layers of ice, it’s almost impossible to prevent it completely. So, the safest and easiest way to not only remove the snow and ice following a snowstorm but to save your back as well is to hire a professional commercial snow removal company to come and do the work for you. A snow removal company will be experienced and have the proper equipment for the safest and most proper way to remove ice and snow.